The European University of the Seas attends the Summer School of French Rectors, in Versailles 28 kolovoz 2019 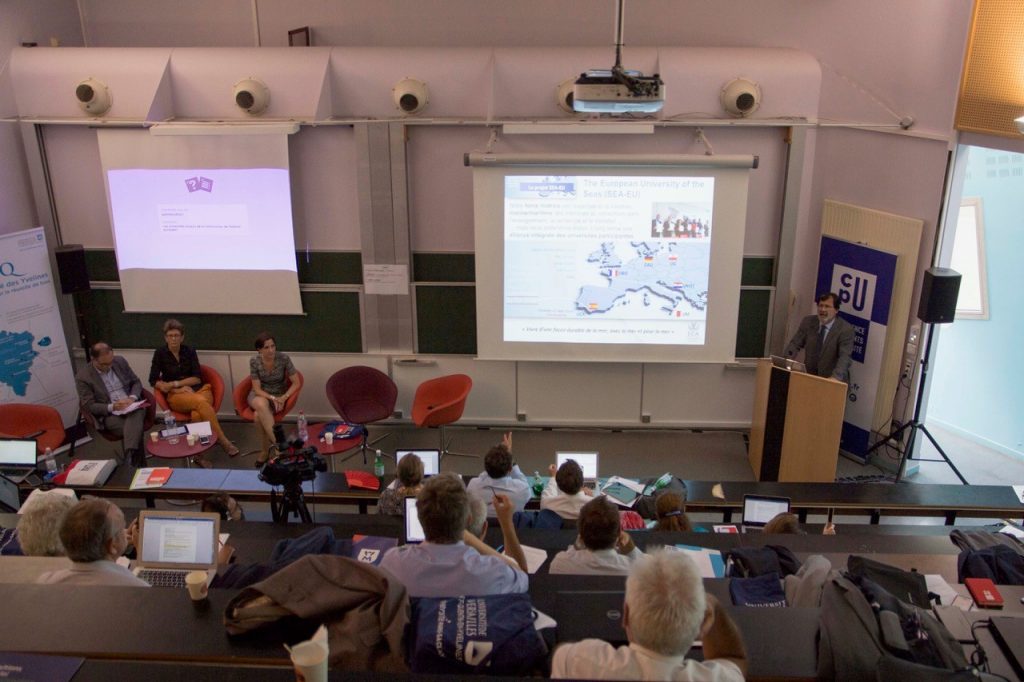 The Rector’s Delegate and Coordinator of the European University of the Seas (SEA-EU), Professor of the UCA José Antonio Muñoz-Cueto, gave a lecture during the Summer School of the French Rectors’ Conference (CPU), which took place in Versailles (France) on 28 and 29 August 2019.

The 2019 CPU Summer School, attended by the 74 Rectors of the French Universities, is an annual discussion forum at the highest academic level, in which the main challenges of higher education and research in France and Europe are addressed. The central topic in the present edition was the Internationalization of Universities, focusing on the role that universities can play in the global economy, in the transformations required to increase their international cooperation, their ability to attract talent and the students’ mobility. The 2019 edition was organized around 4 thematic sessions: Being an International Organization; State Policies and University Policies to support Internationalization; Universities as Actors in the Construction of the European Space; Shared viewpoints with Foreign Universities on Design and Major Thrust of their Strategies.

Participants in the 2019 CPU Summer School attended a reception held by the City Hall of Versailles, hosted by François de Mazières, mayor of Versailles, in which also participated Alain Bui, Rector of the University of Versailles Saint-Quentin-in Yvelines, where the meeting took place, Gilles Roussel, President of the CPU and Frédérique Vidal, Minister of Higher Education, Research and Innovation of the French Government.

Transversal approaches that support the acquisition of transferable skills. The project also promotes entrepreneurial and social competencies that current or future doctorate holders can directly apply in the industry.